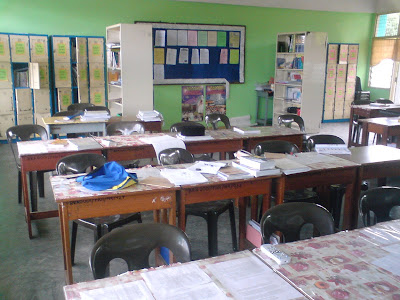 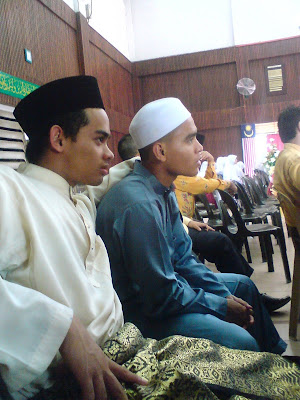 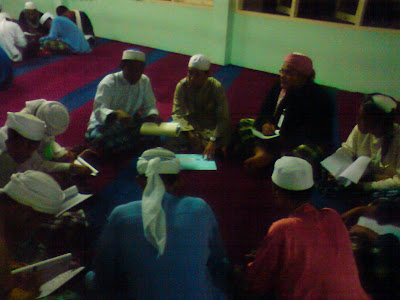 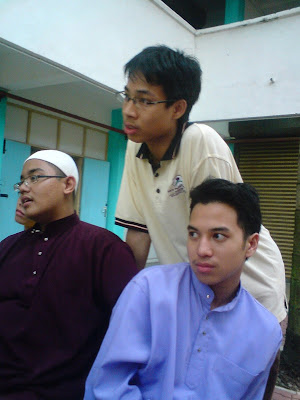 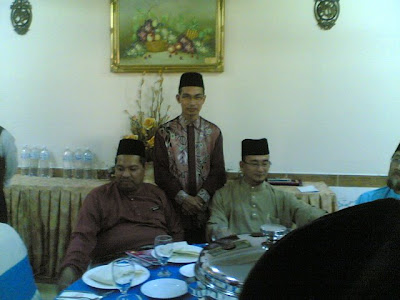 3 generations of Tuan Pengetua...
Exclusive Picture...
Posted by Unknown at 4:28 AM No comments:

For this message only I would like to mimic how Faqih's write in his blog.
"Hafizi and Indulgence?". Indulgence means

1.the state or act of having or doing whatever you want,
2.something that you allow yourself to have even
though it is not essential,
3.willingness to ignore
the weaknesses in sb/sth.

I still remember the second the hours when one of my beloved teacher, Miss Lini, having games in class. she asked us to think of a positive adjective for ourselves that we possessed or willing to possess. The idea of doing this is to make the students know what is an 'adjective'?, and to make people develops with the adjective. Therefore, it is good to have at least one. Then, suddenly, I could see Hafizi with his blog written indulgencefizi.

Therefore, I would like to encourage Hafizi so that he can develop with the skills. According to the first meaning in blue, yes, analytically, almost everything he want to do. When he was the head prefect, everything he wanted to do, the 'borang-borang', Peers Group Learning, Meeting, Minggu Disiplin, and everything. But, still the meaning of number two has to be overcome. Again, something is not essential, and has to be overcome. For number 3, I still remember in the journey to PSPN, Hafizi telled something about the book approximately entitled "THINK YOUR POWER, IGNORE IT", I partially lost of the memory. Maybe of maksiat that always been done. "Astagfirullah"!. Hafizi did argue with me about the topic of the book itself. Why this? and why that?...but I think to achieve the 3.willingness to ignore the weaknesses in sb/sth, he has to accept it. Oooo, hafizi...

1. Faqih, subtract "aq" = fiQ
2. Fiqh in 'bahasa' is deep understanding...He really try to understand everything..Please deepen this..
3. is like what we learn, so he observed so many thing on this...He likes this...I like too..

Nothing was new, but just my litte brothers in their school sport. Wow, sportman... Almost all the medals were theirs. Zubair, was, also nominated as the 'Olahragawan' of his primary school. He still had to represent his school in the chess competition for state level. But, he also has to take UPSR this year. Good luck !!

Akmal Sabri rang me yesterday and the day before. Bad news?! Failed!! What?? (Akmal asked me to make it in secret). The offer letter from Kolej Matrikulasi Kedah seemed unattractively rest on the table. Idle. My possible choice would be UPU. Hopefully, the long waiting for a scholarship will be a good outcome. Fatmie also called me, he asked about the vacation at UTP, and also about his new notebook (He said no one know of this but he didn't said that it was a secret). He asked something like this, "What is your recommendation on the software that should be downloaded? Anti-virus recommendation.. Bla.. Bla.. Bla..", the partially same question as Hafizi asked.

Just an additional to Faqih's post, I like to hear the tafsir of ustaz zahazan too. This is sahih. Interesting!!? I would like to advertise this channel IKIM.fm to all my friends, after maghrib, 8.00pm and subuh, 6.30am is the tafsir...Don't miss it...

*Faqih, doing this is like writing a journal...Tomorrow, I want to mimic
others' way to write blog, haha.. 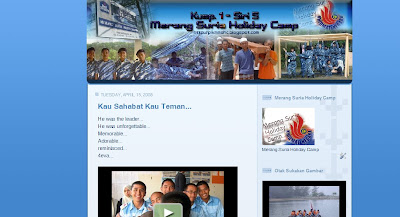 00Five in a Satria

05The Nazir came to Perak

FIVE IN A SATRIA

In conjunction with the Petronas Scholarship, we, five of us, sandwiched ourselves in hafizi's SATRIA car, to go to UTP but before that, having a one-night rest at hafizi's air-conditioned room, actually not a rest, just a nap.

Dust are said to be the cause of the starting flu afflicting Anas AF, for a whole day suffer, it was said that he, Anas AF was terribly invaded by the virus. But, a day after that, recorded as 18/4, the flu started to befriend with Anas's roommate, Ikhwan, and coursemate, Fikri. However, Ikhwan's tranquil was interrupted, yet surpassed Anas's flu.

The news did not have much news on this, just the businessman wearing Blazer, huh, very smart!! excellent impression!!? 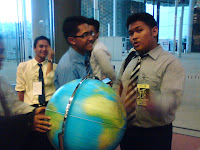 Wafi and Petronas, which are formerly known as best friends, inevitably, changed into the wrath of enemy, envy - full of frustation; to know more, text Wafi.

This news are restricted for subscriber only.

THE NAZIR CAME TO PERAK

Hafizi who experinced months of teaching was suddenly been visited by Nazir, to check the accomplishment of his career on handling a tuition. 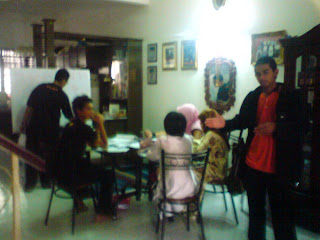 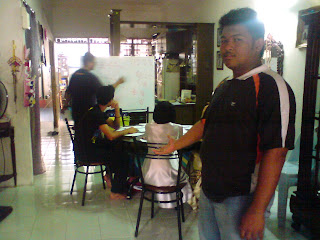 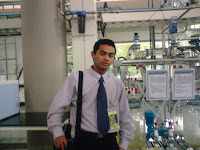 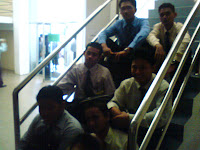 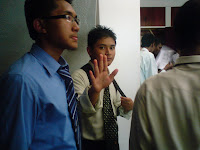 "Only Dhamirah who got Khazanah scholarship. Ntah apsal pelik sgt scholarship providers ni, BnM for Anas only, Felda for Perakian only, Khazanah, for Dhamirah only???. Hmmm, pelik btol."
Posted by Unknown at 11:27 PM No comments:


Play chess online!
Posted by Unknown at 10:58 PM No comments:

Tips for JPA and MARA

Preparation before the interview...
One of the crucial moments is for sure the time prior to the interview.... the golden moment before the judgement day (whether ur in or out???).. hehehe.. but no fret my friends,
don't be apprehensive or scared, as you don't need to prepare much... a few research and some practices should do the trick!!! and of course just RELAX!!!
I'll try to make this as short and brief as possible,okay... ............ read more... 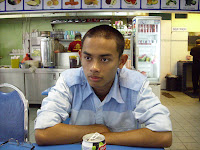 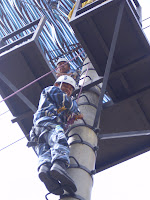 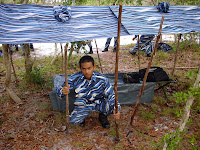 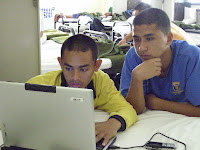