Equations of Success: Success Within You

Success can be defined as the balance of spirit, mind, emotions, and body. The performance indicator of success is high performance in self, relations, production, and hereafter.

A. Success Within You 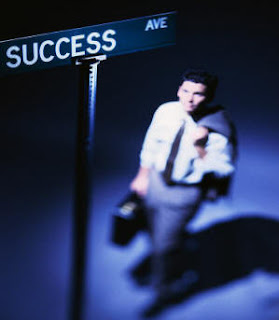 1. Responsible for whatever happen to you

2. Know your strengths and weaknesses

Research shows that the highest increment that a person can have in strength is 20%, to prove, that if a person is really weak in some particular aspects, the highest he or she can go is the average. However, it is not to say that there will have no chance at all to become outstanding. Thus, to overcome our weakness, one of the best solutions is to surround and mingle yourself with those who are strong in the areas of your weakness.

3. Have a strong will

How's training can really be effective to a person. According to some research done, for person more than 65 years, training is worthless, 24-64 years, 12% effective and 20% partially effective. But for 15-25 years, 20% effective and 20% partially effective. Thus, it is best to say that, at the young age, give training as much as possible, and as the skills gathered, it can be easily applied in the older age. And, it is also important to know that what is important is believing, not the knowledge. Believe that you can change.


Next topic: Success in Relations
-Adapted from talk from Dr. Tareq Suwaidan at Ryerson University on Formulas of Success
Posted by Unknown at 10:53 PM